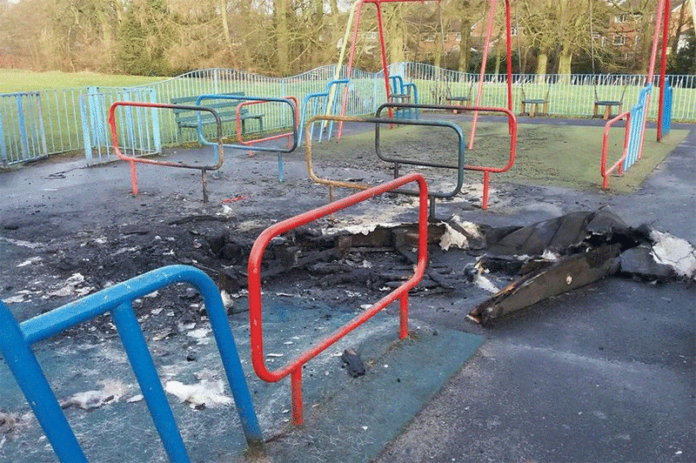 You think you’ve heard it all until you get wind of what is happening over her in the UK. But what a headline right? “Teenagers sniffing wheelie bins in ridiculous drug craze warns police.” I think the only thing to make this more mental than it already is would be if the kids started flying around after!

Residents in Greater Manchester have been warned by the police that teenagers are sniffing wheelie bins. As a result they should be keeping their wheelie bins out of public view. Bizarre to think that several cases of this have popped up.

Greater Manchester Police have issued warnings about the “extremely dangerous” craze where youths are sniffing the fumes from wheelie bins whilst setting them alight.

The unorthodox method of intoxication sees teenagers taking plastic wheelie bins, setting them alight and then inhaling the “highly toxic” fumes to get high.

The chemical dyes found within the bins are thought to cause a buzz when inhaled. Greater Manchester Police have now warned it could cause tremendous damage to people’s health.

Several reports of this incident have been made within the past few weeks with anti-solvent abuse charities getting involved. No, they’re not getting high too, they’re warning of how “bin fumes” could be more dangerous than sniffing glue or petrol.

This isn’t the first time something like this has happened. Apparently sniffing wheelie bins came about in 2007, South Yorkshire but was quickly extinguished. Only to be reignited in 2019, Manchester, England.

The police department handling the enquiry encourages residents to avoid leaving their bins out. Unnecessarily doing so could encourage such behaviour resulting in lost property and teenagers sniffing wheelie bins.

This just keeps getting worse! In Scotland there were a number of reports in 2007, of vandalism involving bus shelters getting burnt for the same reason!