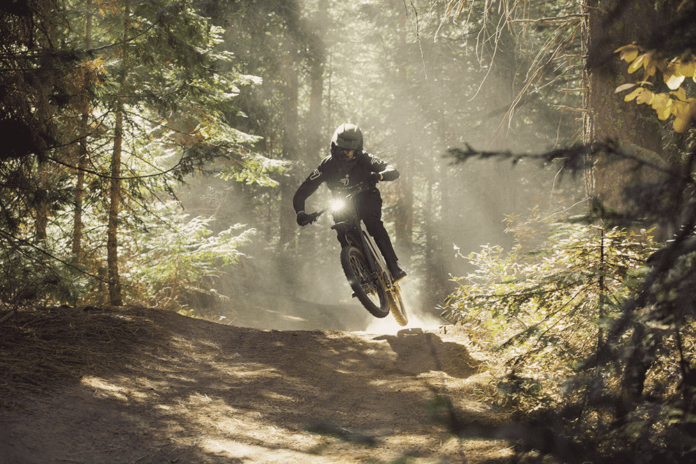 At age five I wanted my first bike. As I grew so did the bikes and apparently my minerals when it came to trying new things. By age sixteen it was motorbikes. Now I’m a little bit older, a little bit wiser and slightly more eco-friendly, it’s gadgets like the Segway Dirt eBike that catch my eye.

The video blew me away! Not only did it feature Yosemite National Park. A dream destination of mine but also boasted this nifty bit of kit being capable of 0-31mph in slightly over four seconds. It also boasts a top speed of 46.6mph and a total range of over 70 miles. How mad is that?

This eco-friendly crotch rocket is capable of flinging you around the country side on a single charge with plenty left to get you home again. If you’re kitted up with solar panels back home, you’re going to be doing all this via the power of the sun! What carbon footprint you say?

The company was founded in 1999 and really took off with the launch of it’s most popular range. You know the two wheelers on a single axel that apparently you couldn’t fall off? Featured in the 2009 Kevin James comedy film “Paul Blart: Mall Cop”. Yep, they’re the ones! And no, I’m yet to see the movie.

With over 250 employees they’ve conquered the world of simplistic, electronic modes of transport that don’t require a drivers licence. They were taken over in 2015 by Ninebot and the joint venture’s latest feats of engineering are looking too good to be true. Check out their Apex by clicking here. I have to get me one of these!

Alongside the Apex, Ninebot-Segway have been hard at work putting together various models of electronic dirt bike, and we’re here to talk you through them!

The Segway Dirt eBike is the company’s first product the crosses the bounds between dirt bike and mountain bike. Let’s take a look at what makes this an absolute beast of a toy and a must have for any off road adrenaline junky that cares for the environment.

Both the X160 and X260 models feature an electronic throttle control with texture for touch & precision response.

Where to get the Segway Dirt eBike:

Segway are currently crowdfunding and have absolutely obliterated their $20,000 target by almost 700%. Wowzers! It looks like they’ll definitely be hitting the market within the new year! You can view the Segway Dirt eBike Kickstarter campaign by clicking here.

The Segway Kickstarter campaign ends shortly but there is still time to pledge. Each pledge option on Kickstarter acts as a deposit towards you very own model, choose wisely!

Wish to promote your campaign with us?

Shocked Sockets understands the importance of promotion during the early stages of an idea or concept. As a result, we currently offer free advertorial posting like the one above to any Kickstarter campaign. Click here to find out more.