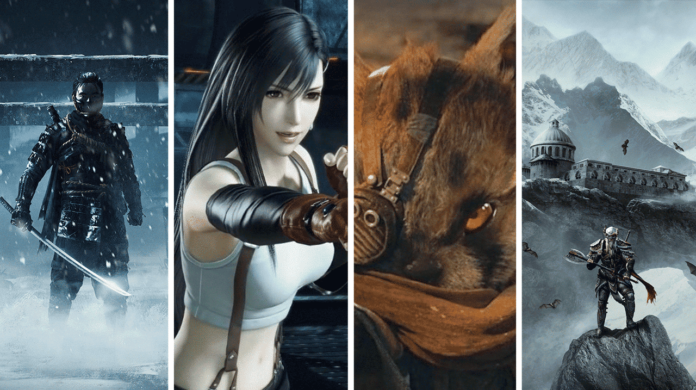 There’s some massive games on their way. Get your wallets ready as we go through some of the most anticipated video games coming out soon.

After experiencing development hell, Biomutant developers announced it is still on it’s way. So hold tight! The game follows your own custom Kung-Fu mutant. We’ve been waiting for this one for a while. Let’s hope we see it soon.

Ever since the breath-taking release of its trailer and after being confirmed that the one only Keanu Reeves will be a character in the game. The hype for this game only grows with every gaming event we see more. The game follows a world changed by advanced cybernetics in humans.

Probably top of the list when it comes to video games we know the least about. The only thing we do know is it’s happening. I would suggest getting into Elder Scrolls online if you can’t wait.

After the rise of zombie games, comes the rise of the Samurai. After showing some amazing gameplay at the Game Awards. It showed a realistic video game take on a Samurai story. The graphic in the game looks truly beautiful and worth the buy just for that.

The Legend of Zelda: Breath of the Wild 2: TBA

We have a bit of information about this game, due to its trailer. Everyone is hoping for Nintendo Direct to give us a release date. We do know that the sequel will be the Majora’s Mask to Ocarina of Time. A darker version of the first game. If Majora’s Mask taught us anything, this is going to be epic.

As the release date for this game comes closer, it seems like more hype surrounds it. With its demo released recently and proved most people’s theory of how good the game will be! Even though the story is near enough the same as the original. It’s the gameplay we are coming back for.

Halo Infinite: Most likely with the new Xbox One

There aren’t many details out for Halo Infinite yet, but it’s likely to be realised with the Xbox One or at least close to it. Let’s just hope it’s more like Halo 2 than more recent Halo video games.

Last but not least after being delayed. It just added fire to the excitement to the release and with recent reviews coming out at 9/10. The excitement for Animal Crossing: New Horizon is real. The game seems to be what everyone wants and more from an Animal Crossing game.