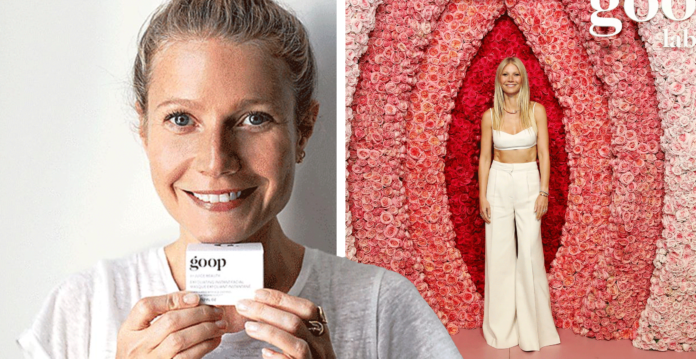 Oscar winning actress, Gwyneth Paltrow, is now selling a candle that apparently shares the same scent as her…well… Gwyneth Paltrow is no stranger to weird, borderline gross, products and practices; but this is a whole new level of risqué. Let’s take a deeper look at the latest Gwyneth Paltrow candle to hit the shelves.

Paltrow’s health and beauty company, Goop, will be manufacturing and selling the product. This, however, is not the first time her company has sold such ribald items. Earlier this year, Goop (and subsequently Paltrow) sold a “Smells like my vagina” candle, which somehow sold out?! So what’s then stopping her from one-upping herself.

The candle was briefly discussed when Gwyneth Paltrow appeared on the Tonight Show with Jimmy Fallon over an online call.

She explained the odd product to the talk show host, stating that the candle, “might be more for you, to give to your wife”; bold of her to assume that Jimmy Fallon’s wife would want such an indecorous thing in the same house as her two young daughters.

Does the Gwyneth Paltrow candle actually smell like her orgasm?

A glaring question that a lot of people had was, “Does it actually smell like Paltrow’s orgasm”. Thankfully, it doesn’t. The description of the candle on the Goop website reads, “A fitting follow-up to that candle – you know the one – this blend is made with tart grapefruit, neroli, and ripe cassis berries blended with gunpowder tea and Turkish rose absolutes for a scent that’s sexy, surprising and wildly addictive”.

While this may have put some people’s minds at ease, the pricing of the candle will make them even more riled up than before.

The candle costs a ludicrous $75 (£60)! However, due to the coronavirus pandemic, if you actually bought it, the candle won’t be shipped for at least another few weeks yet.

A lot of people are unsure whether Gwyneth Paltrow is being 100% serious or if she’s just selling this for laughs. In her interview with Jimmy Fallon she seemed very serious and legitimate in regards to the candle, and considering a lot of what Paltrow has said and done in the past, it’s probably safe to say that she is being genuine.

Due to this, she’s faced a lot of criticism in the past. Most recently, she faced backlash from the public and medical professionals when she sold a jade “Yoni Egg” that was supposed to be inserted into the woman’s…lower regions, to improve sexual wellbeing. Many said that this was incredibly dangerous for women’s health. This has led to various lawsuits filed against her, a recent one settling for $145,000.

From the way things are going, Paltrow’s newest sex-themed product could lead to even more backlash, only building on Goop’s existing bad reputation…