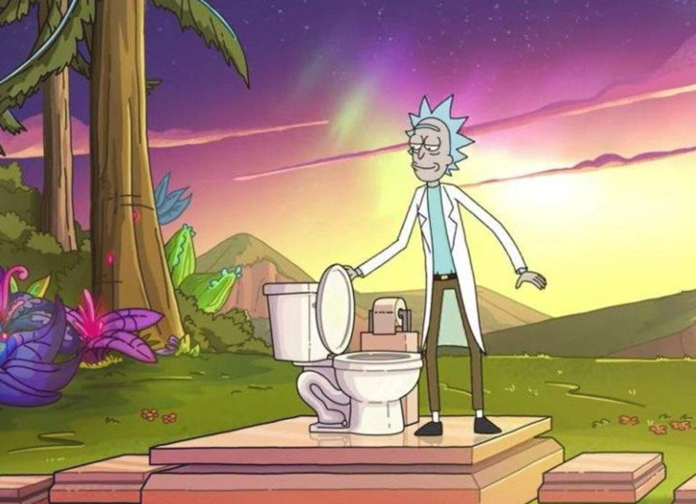 The first half of the fourth season of the popular adult cartoon show, Rick and Morty, is now available on Netflix. We’ve been waiting years for this one, but finally Rick and Morty season 4 is here for our viewing pleasure!

After a two year hiatus between the third and fourth seasons of the show, Rick and Morty returned with a bang back in November of last year. Many fans were eagerly waiting the arrival of season 4, which caused some to be upset when it was revealed the fourth season will be split in half; the first five episodes were to be released before Christmas of 2019, and the latter 5 episodes were to be released in May of 2020. However 6 months quickly flew by as all 10 episodes have now been released.

The show is produced and originally aired on Adult Swim, a subsidiary of Cartoon Network that is specifically targeted at an adult audience as opposed to children. But Netflix also own the licence to stream the show a little while after its initial release.

The show has seen exponential growth in popularity over the last few years. Since premiering in 2013, the show has accumulated a large fanbase due to its sly humour, amazing film, music, and TV parodies, and interesting sci-fi action. The third season was regarded by many to be the best season when it aired back in 2017, scoring 96% (out of 100) on Rotten Tomatoes, and 9.2/10 on IMDB. The show has also won a Primetime Emmy for Outstanding Animated Show. Understandably, fans were eager to see how the fourth season would compare.

Where to watch Rick and Morty Season 4

Earlier this week, Netflix added season 4 of Rick and Morty to their platform…but only the first 5 episodes.

People were initially confused, as the whole show had aired on TV, so why has only the first half been added to the streaming service? Well Netflix has this to say:

That’s how the license works… E4 have the second half of the season for now if you want to watch it there. It will come to Netflix later this year.”

Coming soon to Hulu too!

Rick and Morty is also being licensed to Hulu in a few months, and will also be shared with one of the newest streaming services to enter the market HBO Max. It’s unclear whether this has anything to with the second half of the season being delayed.

Some speculate that the “later this year” might not be as long as we think. It could be as soon as only a few weeks as opposed to a few months. Yet some speculate that we could be waiting until November to see how the second half of the season wraps up…