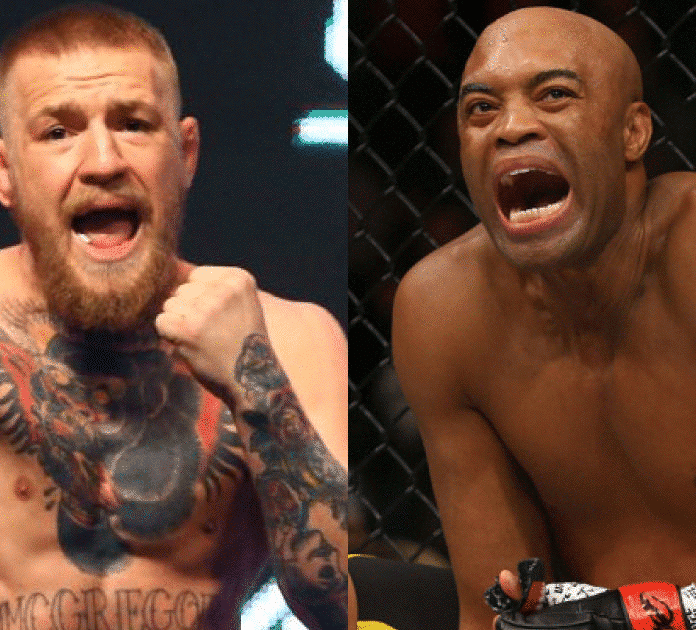 In the UFC we have heard the term ‘Legend’ to describe many fighter’s from all different weight categories. Putting aside the trash talk from press conferences, most fighters have untold discipline and respect for one another. As a professional athlete, UFC fighter or simply as a co-worker. But can McGregor vs Silva really happen?

In this instance we hear Connor McGregor as he describes fellow UFC Fighter and former champion Anderson Silva as a legend of the game. In recent weeks we have heard interest from McGregor in a ‘super fight’ with the former pound for pound Anderson ‘The Spider’ Silva.

Ahead of UFC 229 McGregor vs Khabib Nurmagomedov, which he lost in a painful 4th round submission, McGregor said ‘I swear to god – Anderson is a legend in the game’

The Super Fight: McGregor vs Silva

Silva has heard the call and responded in an interview with TMZ Sports and said ‘I accept the challenge from Conor, It’s something Dana White should definitely consider. Also commenting ‘It’s two big names in the sport, Two big legends and why not ?’ & ‘In cases like this it’s not about the money’ 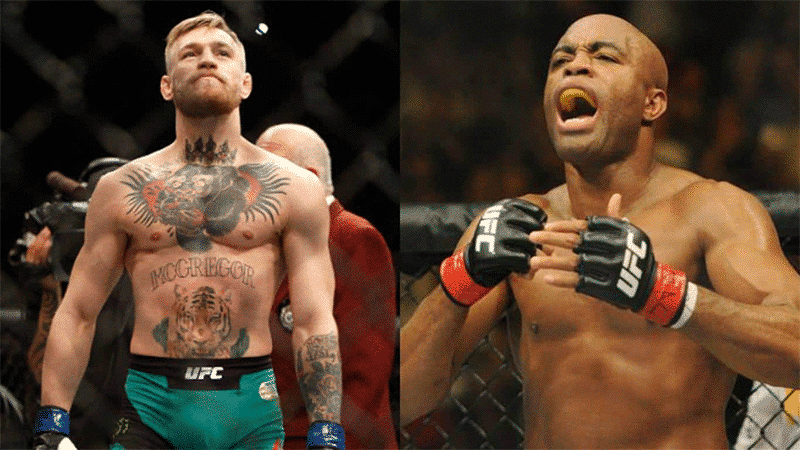 Silva has suggested that the fight should happen at a catchweight of 180 Pounds. McGregor weighed in for UFC 229 at 154.5 lbs. ‘I think 180 is a good weight for us both to fight at because it takes it out of weight classes and agrees it makes it a super fight’.

UFC president Dana White is yet to make McGregor vs Silva official but has shown interest in the callout and agrees it would make a hell of a bout.

Both Silva and McGregor at this stage have shown upmost respect for one another, We are sure the best is yet to come.