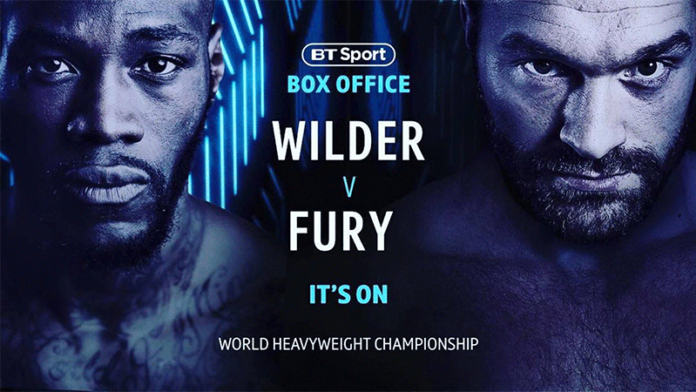 It is now official. The Tyson Fury vs Deontay Wilder fight date is on December 1st 2018. The start of the press tour for the heavyweight clash will take place in London on October 1st.

This isn’t the fight fans were expecting, but definitely one that we want. The opportunity for Wilder to face unified champ, Anthony Joshua has arisen on numerous occasions with nothing moving forward. With little information regarding negotiations between the two it is difficult to pinpoint why. However Fury, the one time unified heavyweight champion of the world will be taking on the current WBC title holder in Deontay Wilder.

It just gotten a little bit #WILDER
The contracts are signed,
the fight is official‼️#WilderFury @Tyson_Fury
Someone’s 0 has got to go#BombZquad @ShowtimeBoxing pic.twitter.com/LqwF1lxCKh

Crowned the WBC heavyweight champion in January of 2015 after beating Bermane Stiverne in just his first defence. Since then Wilder has gone on to defend against Eric Molina, Johann Duhaupus, Artur Szpilka, Chris Arreola, Gerald Washington, Stiverne in a second fight and ultimate challenger Luis Ortiz in his toughest challenge to date. Critics state that he is yet to face a world level opponent.

The Manc with a sketchier sporting history than any recent heavy weight. Undefeated and once unified champ after his victory over long reigning Wladmir Klitschko in Germany in 2015. Since has promised but been unable to deliver due to personal issues that have affected his professional career. Tyson returned to the ring to face Sefer Seferi in what viewers described as “a joke of a comeback fight”. Having beat Francesco Pianeta this August it will be Fury’s most active year since 2012.

A battle of styles

Wilder boasting a strong knockout streak and devastating power is viewed to be favourite by the majority for this clash in December. Famous for swinging wildly but with enough strength to get the job done has landed Deontay with the nickname Windmill Wilder. Fury on the other hand is known for his boxing brain, head movement, great footwork and smooth style. But will three years away from fighting on the world stage have taken it’s toll on the Brit?

The Tyson Fury vs Deontay Wilder fight date announced as official is December 1st. A venue & location is yet to be announced however we believe the fight to take place in Los Angeles. At present we only know that the fight will be shown live on BT Sport & Boxnation here in the UK.