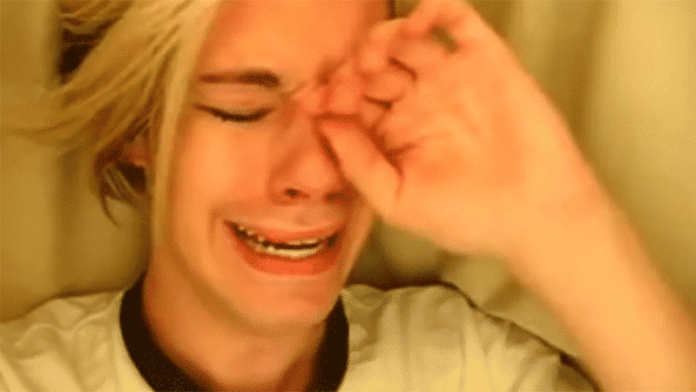 10 Viral Legends that will live on forever

The internet is a gift that keeps on giving. If entertainment is what you seek, it will never let you down. From addictive browser games and movie news to the down right weird and wonderful. Today we bring you some of the latter. Some provoke laughter, others tears and most just beg the question “what on earth were they thinking?” Here are Shocked Sockets’ favourite viral legends that will never fade from our easily amused hearts and minds.

No warming up with this list, straight in at the deep end. Psycho Barking Old Man first hit the small screen in 2010 and since has had almost four million hits on the original YouTube video. What started out as an innocent news report about some wild coyotes escalated rapidly. As Ray Graham explained the dogs “came bounding over” he then burst into a fit of rabid, rabies filled expressionism whilst his wife zoned out.

Also known as “Charlie Bit My Finger” is another defining moment in internet history. Starring Harry and of course Charlie, two infants from the UK playing innocently until Charlie gets a little bitey! The YouTube video became an instant sensation especially among the US viewers who found Harry’s British accent adorable. Easily one of the most popular online vids by a long shot. Over 800 million views grants Harry and Charlie the true status of Viral Legends.

Another huge hitting internet superstar. With a staggering 300 million Youtube view we have here another Viral Legend. Six minutes of pure talent, beauty and what I can only describe as poetry in motion. The viral superstar known as Judson Laipply takes us through the decades in dance from the 1950’s up until 2000. Throwing in Elvis Presley, The Bee Gees, The Village People, John Travolta, Outkast and finishing with N’Sync. Check out Evolution of Dance here.

In 1987, a time before the internet, we had Rick Astley. A Lancashire born pop singer released a hell of a hit! Little did Rick know that his internationally chart topping song would be the punchline of one of the biggest pranks to hit the airwaves, or fibre, or dial up or whatever. If you’ve never been Rickrolled you probably get out a fair bit. Rickrolling is where a video or section of a clip is replaced with the music video to Rick Astley’s Never Gonna Give You Up. To the viewers surprise they’d be interrupted by the catchy beat and lyrics.

What really sold this video to the masses was it’s complex and synchronised simplicity. The bank took eight standard gym treadmills, their terrible dress senses and a beautifully choreographed routine. Mixed them all together and had an instant viral video. With nearly 45 million YouTube views Here It Goes Again was one of the most popular independent music videos to first be shown online. Check it out here…

The list wouldn’t be complete without Chris. Over a decade ago he went viral with his crying video defending pop superstar Britney Spears during her darkest hour. What a guy! When the world was putting her down, he was lifting her up! Or putting himself down? I’m a little confused! Here’s Chris so you can see what all the fuss was about.

In one of our most recent Sunday Meme-a-thons we touched on Laina Morris and her claim to internet stardom. Famous mostly as a YouTube vlogger but most importantly her “Overly Attached Girlfriend” video. Since the video went viral in 2012 it has been viewed upwards of twenty million times. I think that’s about the same number of memes that have been made from her image too!

The internet phenomenon caught at the 2000 Fuckparade in Berlin. What a way to open a paragraph eh? Techno Viking, a man who wishes to remain anonymous exploded onto our screens with such style in 2007. With the pointing, the water drinking, the calming down of complete strangers and the total WTF dancing! This video is never going away despite how much the lead star wanted. We love you man, you’re in inspiration to many! All the best! See the video here.

Who remembers Ebaum’s World? I certainly do and if you don’t, you’re too young man. Get out of here, go home! Only joking, stay, subscribe, we love you really. Ebaum’s World was from a time before YouTube. Hard to imagine right? It played host to the funniest content the internet had to offer. Now it’s hard to pinpoint who the real kingpin in that line of work is. Anyway, here’s a classic from way back when. I introduce to you, Afro Ninja.

Another from before the time of YouTube. Numa Numa Guy first aired on NewGrounds and quickly became one of the most popular viral legends we know today. When YouTube began to gain traction in 2006 it was instantly uploaded and has since reached over 30 million hits. It needs no introduction, here we have Gary Brolsma as the finale in our list of 10 Viral Legends that will live on forever.

A big thank you to everybody who reads our content! You’re the ones that help keep it coming! If you like what you read please hit share. Any of the colourful buttons below would be great! It takes two seconds and makes us feel warm inside. Thanks again!