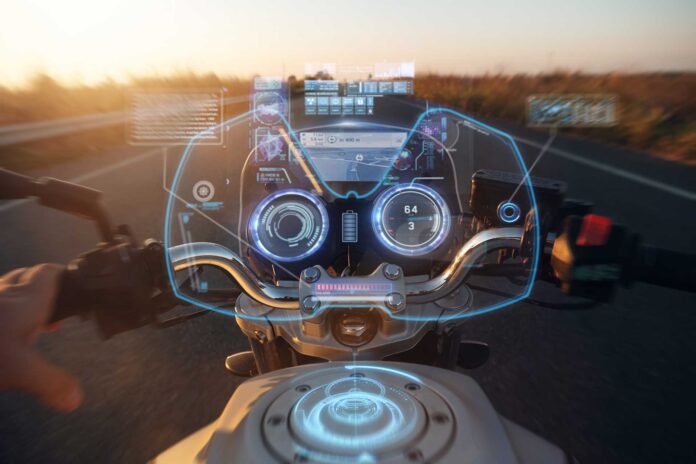 This is a discussion you see pop up all the time. In one corner you have the those who are for motorcycle rider aids. While others say that they’ve been riding for decades and have never needed them. Why would they start to need them now?

An intro to biking without rider aids

I feel this is like opening a can of worms, but it’s a discussion worth having. I began riding motorcycles consisting of an engine, two wheels, some brakes, and the fleshy thing on top of it telling it what to do.

I then progressed onto bikes where the basics were included. Things like the early ABS units, CAN bus (Controller Area Network systems) and so on. At that time, it seemed like the future had arrived.

Around 2010/11 with the introduction of the S1000RR, it kickstarted the way for the technology and rider aids race. Just like the Suzuki Hayabusa did for the horsepower race.

The evolution of motorcycle rider aids

Over the past decade ABS has become the norm for most production motorcycles. Of course the smaller engine and lighter bikes don’t always include this air. Most bikes above 500cc will include traction control, a quick-shifter and auto blippers.

Working with and maintaining modern motorcycles

There is no denying the simpler the electronics the easier the overall maintenance. Let’s face it, most of us know how to replace a faulty light bulb or repair a knackered cable. But when you start at looking at the modern systems you see on most motorcycles, it is often better left to the professionals.

However, some technical additions make life easier. I recently had the chance to take the new KTM 1290 Super Adventure out for a spin. That adaptive cruise control, WOW! Now, I can almost hear you saying it: “Why would you need cruise control on a bike?”. It isn’t necessary to riding but definitely an assisting luxury.

There are times that you’re stuck on a boring dual carriageway, droning along to get to the further reaches. Or even commuting. The ability to flick a switch and tell the bike to maintain a speed is just invaluable.

Especially in the case of average speed cameras. The same applies to most aids you see on modern bikes; they suit a purpose designed to help the rider.

My personal bike is a 2016 BMW R1200GS Adventure. It has traction control, cruise control, riding modes, electronic suspension, ABS and the quick-shifter/auto blipper. Do I need them? Of course not!

All bikes I’ve owned prior weren’t equipped with all of these gadgets. And I’m still alive. They are a nice addition. In the same way that someone with diabetes can now opt to have a wireless sender inserted in their arm to alert them/their phone when blood sugar levels are low or high, it isn’t necessary. The old-fashioned way still works but they do make life easier.

It’s the same story here, rider aids help you in those brief moments where the one weakness on the bike has a malfunction, and that is the person in control.

I appreciate these views are my own, and there will be people out there totally set against it. Again, fine, that is the beauty of choice. And weighing up simplicity to easy maintenance, compared to complex systems that require more electrical delving, is going to be a personal choice.

The question you have to ask yourself really, is: Am I going to benefit from them and enjoy them? And then take some bikes out to see for yourself. Once you’re used to them, they’ll work alongside you and really should be treated as a safety net, and lets not forget, if you don’t want them on, generally you can switch them off totally.