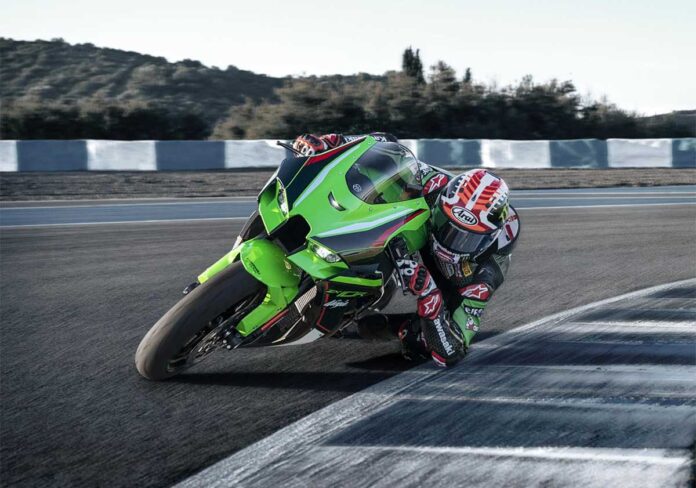 Racing onto the market is the Kawasaki ZX-10R, the latest model from the Japanese motorcycle company that are renowned for incredible performance-based bikes. The “Ninja” line of bikes has seen a lot of revisions over the years, with each reissue looking to improve the bike’s power, strength and overall build quality. How does the Kawasaki ZX-10R 2021 model compare?

With the ZX-10R being a performance bike, you’d expect a great deal of power being produced from an equally beefy motor; well, the ZX-10R won’t disappoint. The bike comes fitted with a feisty 998cc,16-valve, four-cylinder engine.

Now while 998cc’s may not sound like a lot, especially when compared to other bikes of a similar price, the ZX-10R is rumoured to have the ability to produce roughly 200bhp at 13,000rpm! This level of power for an engine of this size is almost unheard of.

The engine also comes with some awesome mods that put it ahead of similar engine models. These include: New electronic throttle valves and valve train design that allows for a high rev limit, and an upgraded transmission gear ratio to help strong low-mid acceleration for quicker corner exits and better off-the-line acceleration.

As well as some upgraded engine modifications, the frame and build of the bike has also seen some adjustments made to it, to improve the overall riding experience and give the bike a more aerodynamic shape. One being lowering the pivot of the swingarm, and extending the swingarm itself, reducing the torque on the rear wheel, and allowing for better control of the bike.

Adjustments have also been made to make the bike more ergonomic, such as a taller windscreen that is set at a steeper angle to reduce wind blasts, a handlebar that’s positioned farther forward and straighter, and a revised seat that’s higher in the back to help elevate a rider’s race position.

The suspension system has also seen a few upgrades. The ZX-10R keeps with the same 43mm Showa Balance Free Front Fork as previous models, as well as a Showa Balance Free Rear Cushion rear shock, but the lower triple clamp was revised for rigidity to improve handling and turning.

The front wheel is fitted with 330mm Brembo discs and radial-mounted four-piston calipers, with a single 220mm disc and a single-piston caliper at the rear. The entry level ZX-10R doesn’t come with switchable ABS as standard, but the bike can be upgraded to fit ABS for just £720.

On the subject of money, we have to talk about the affordability of the bike. The basic ZX-10R bike will run you just over £11,800, with the upgraded model costing around £12,800. This is amazing for a bike with this level of performance. If money isn’t an issue for you though, maybe go with the ZX-10RR overhauled model (£20,900) with even more awesome features.

Overall, the ZX-10R is the perfect performance bike for those who don’t want to be shelling out tens of thousands of pounds. This bike offers everything you could ever want, and more, all while looking great in the process.