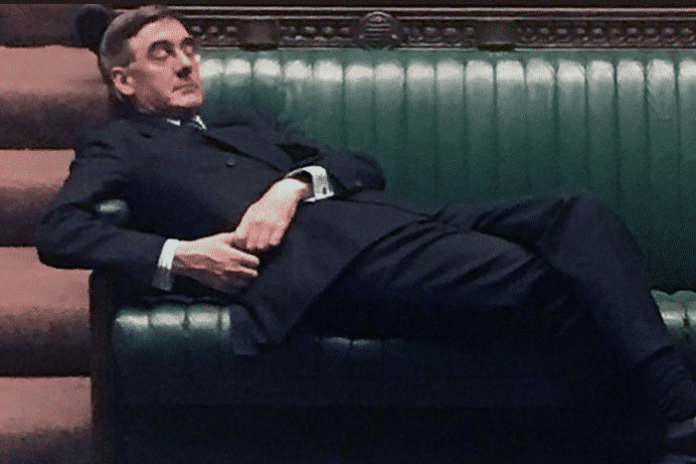 Good afternoon and happy Sunday to you wonderful web weekend web dwellers. In the world of politics this week has been a comical one. We’ve seen the rise in a new breed of Jacob Rees Mogg meme. The works can be found all over social media featuring some, up until recently, unknown political relic.

God knows how he got into a position of power, but he sure does look comfy right? Who wouldn’t be with fingers in pies worth upwards of £150 million? Enough of this Postman Pat looking mother’s backstory, onto the memes you’ve all been dying to see in one place.

Here we see an accurate portrayal of Tory popularity over the years in the form of an infographic. Despite the amount of trash that’s waffled between politicians in this particular chamber, a picture paints a thousand words.

Mr Reed Mogg himself caught out on the p**s in Manchester, England. Almost poetic!

Disclaimer: Absolutely nothing about this meme or the people it represents is sexy. The meme was created for humour purposes only and should not be taken seriously.

This is fantastic! Definitely a favourite of mine! The creativity and thought behind it easily a ten out of ten. Execution isn’t far off either! Great work to the creator!

Paint me like one of your spoiled, entitled and privileged Tory boys Jack!

Absolutely fantastic. This is easily a top ten contender for political meme of the year.

A work of art! Credit due to the wizard behind this masterpiece.

Actual image captured by an on set paparazzi during the shooting of Dirty Dancing. Pictured here is Jacob Rees Mogg filling in as a dance double during dress rehearsals.

I honestly can’t explain what is going on in this one. It definitely looks like some king of old school Japanese cinema. If you can identify the original flick please drop us a comment!

If it wasn’t for the fact that this multi-millionaire hadn’t worked a day in his life and sticks out like a sore thumb… I don’t know where I was going with this. He doesn’t belong there, not one bit!

If anybody has a motion animation version of this I need to see it! Drop it in the comments please!

Very good! Big fan of this one!

It looks so peaceful doesn’t it? Be quiet, we don’t want to wake it.

A great play on the hit TV show “Friends” intro.

It sent him straight into the Matrix where he Morpheused into Neo.

The man never really stepped foot in Parliament. This is what actually happened…

For those who know…

“Now I stand here before you. What you see is a body crafted to perfection. A pair of legs engineered to defy the laws of physics.”

Only Moggs and Horses

A classic and memorable moment from television transformed into this gem of a Jacob Rees Mogg meme.

Definitely not safe for work this one so we had to blur out the other actor from this scene.

You can see more memes, funny clips and everything else throughout the Shocked Sockets website by clicking here.