We all know and recognised our beloved superstar chef, Gordon Ramsay, as being quite placid and well mannered. Famous for his world renowned restaurants and TV shows such as Hell’s Kitchen, Master Chef and Ultimate Cookery Course. No wonder it comes as such a shock to see this kind of behaviour towards minors from our nation’s hero.

The behaviour has been reported as rather distressing. Resulting in a number of children on the TV show titled “Junior MasterChef” bursting into tears, throwing toys out of their prams and having “hissy fits”. 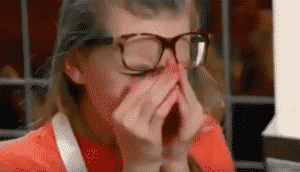 One of our viewers was in absolute shock at how Ramsay spoke to the kids saying, “I can’t believe he did it, it’s not like him at all”. Whilst other more clued up viewers saw the funny side and clicked with the video’s authenticity near enough straight away.