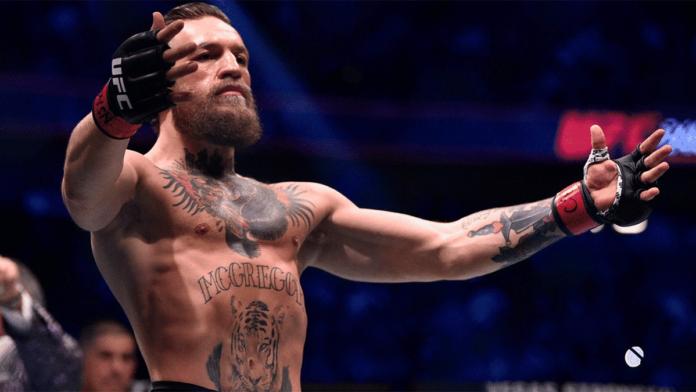 In the early hours of this morning, former UFC champion, Conor McGregor, revealed that he would be retiring from fighting.

This news comes only 5 months after his last fight against Donald “Cowboy” Cerrone, where he knocked out his opponent in the first round after a mere 40 seconds.

Seeing as McGregor still seems to be a fierce contender, many fans were shocked and taken aback by the statement he made earlier.

McGregor’s official comment on Twitter didn’t shed much light on his reasons behind his choice to retire; it was more of a tribute to his mother, as he says she can “Pick the home of [her] dreams”.

His full statement simply said: “Hey guys I’ve decided to retire from fighting. Thank you all for the amazing memories! What a ride it’s been! Here is a picture of myself and my mother in Las Vegas post one of my World title wins! Pick the home of your dreams Mags I love you! Whatever you desire it’s yours.”

It seems like fans aren’t the only ones who were surprised by McGregor’s announcement. Dana White, the president of the UFC, had no idea about his retirement until he saw Conor McGregor’s tweet. In response to the tweet, Dana White claimed, “That’s Conor. You know how Conor works. That’s how he does things… And if Conor McGregor feels he wants to retire, you know my feelings about retirement – you should absolutely do it”.

Although this retirement seems permanent, a definitive end to McGregor’s career, many think that this may not be the case. Conor McGregor has briefly ceased fighting many times over the past few years, only to be drawn back into the UFC.

Before this morning, many thought that his next fight on the horizon would be a rematch against Khabib Nurmagomedov, whom he lost to during a match back in October of 2018. However, it seems like this feud has finally been put to bed, if McGregor’s retirement does last more than 18 months or so.

But there’s always a slight chance we could see Conor McGregor return to fighting, just not in UFC.

McGregor made his professional boxing debut back in 2017, when he fought Floyd Mayweather Jr in what is now know as “The Money Fight” due to it being the most profitable fight in combat sports history. Some argue that this may have given McGregor more incentive to pursue boxing as opposed to MMA. And boxing is well known for bringing sportsmen out of retirement. Most recently, Mike Tyson announced his return to the ring. Who exactly he will be fighting is still up in the air, but it goes to show that returning to fighting is a common occurrence for professional fighters.

Also given that Conor McGregor is only 31, as long as he remains in fighting form, there are no physical reasons why McGregor wouldn’t be able to return to the UFC or boxing in a few years’ time if he really wanted to.